Normal sodium level in the blood 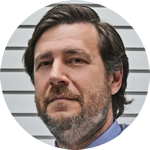 What is the normal level of sodium in the blood?

In the International System of Units (SI), sodium in the blood is measured in mmol/L. The valence of sodium is +1 so the numeric values are the same in mmol/L or in mEq/L.

Why normal levels can differ across different labs?

Each laboratory must establish its own normal ranges for sodium in the blood. These ranges depend on the makeup of the local population, the technologies used and the accuracy of the measurement. There may be also slight differences in the normal levels according to age, gender, race or ethnic origin, geographic region, diet, type of sample and other relevant status.

Your doctor will study the results along with your medical record, screenings, physical condition, symptoms and any other relevant information about your situation.

What is the role of sodium?

Sodium is the main electrolyte in the bodily fluids (urine, blood, stools) and its role along with potassium, chloride and CO2 (bicarbonate) is essential to maintain electrical neutrality in the cells and the acid-base balance.

Sodium is supplied in the food we eat. Sodium is found in salt (sodium chloride). Sodium is excreted primarily in urine by the kidneys. A little part can be excreted also through stools or sweat.

Three major hormones are involved in regulating sodium and water balance in the body:

What is a sodium blood test for?

A sodium blood test can be useful to determine your kidney function. It is usually performed along with the study of sodium in urine to get more information.

It helps also to evaluate the hormones involved in the sodium balance and estimate the hydration state of the body.

High sodium level in the blood (hypernatremia) may be due to dehydration. There are some diseases associated with hypernatremia like Cushing’s syndrome or diabetes insipidus.

Abnormally low levels of sodium in the blood (hyponatremia) may be due to:

Where can I find more information about sodium in the blood?

You can visit our pages about:

Which values are considered a normal sodium level in the blood?

The following values are considered to be normal values:

IMPORTANT: These levels are expressed in mEq/L (mmol/L). They are an example of a healthy man of about 45 years of age with no known disease, not taking any medication and with an appropriate intake of sodium in the diet. The ranges can be different depending on the laboratory or on your personal circumstances.

Share your thoughts about this content
PoorExcellent
E-mail (Optional):
Add a review
Send a review
We see you’re using an ad blocker
We need to show ads to keep on providing high quality medical information.
Turn off your ad blocker to continue reading.